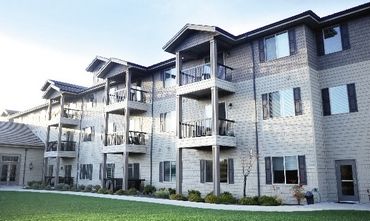 Start small and finish what you start.

That simple approach has paid off for Mike Mahar, a builder who has left a big footprint in the Rogue Valley.

Recalling his early days in the 1970s, the majority owner and president of Mahar Homes said he began by building one house at a time.

“It wasn’t long before we started doing small developments,” said the 63-year-old. “Then you build from there.”

A Medford native who attended St. Mary’s School and Southern Oregon College, Mahar has expanded conservatively when the time was right and diversified in order to weather the hard times.

“The ultimate result of everything we do is that you turn a key in a door,” Mahar said. “We’re not land speculators. We create a vision, typically before we buy it and build homes, office buildings or a retirement community. We produce a finished product by just staying the course, and that’s why we’ve been able to stay in business.”

Mahar wasn’t the first great home builder in the area, but his adaptive approach has succeeded where others have either been deterred or failed.

“Mike has great instincts,” said longtime partner Randy Jones. “He has the uncanny ability to look at a piece of land, look to the future and come up with a design concept that is pretty much ahead of its time.”

“You’re looking at an area with five lanes where North Phoenix Road couples with Foothill Road,” Jones said. “Mike was able to figure out how to take that piece of land and zone it for office commercial instead of the original residential zoning. He was able to come up with a product in the right place at the right time.”

The original 200-acre development by Urban Planning Inc. and Alvin Zelver had more than 900 homes and condominiums on the drawing board, surrounding a golf course, swimming pool and spa on land owned by Urban Planning and CM Oregon.

A model home, serving as the sales office, was about all that had been built a decade earlier, before the economy hit the skids and the developers defaulted on a $5.5 million loan.

Mahar jettisoned the golf course and laid the groundwork for Medford’s first mixed-use development, leading to what now includes Anna Maria Creekside and a gated community.

“Mike was able to take a piece of land that failed in its original design, then replatted and redeveloped into something that fit the marketplace,” Jones said. “He’s very good at doing that.”

The Southeast Plan, going back more than 20 years, will be among Mahar’s lasting legacies. Situated east of North Phoenix Road from Cherry Lane south to Coal Mine Road, the 1,000-acre development will eventually be home to 10,000 people.

Slowed by the bursting of the real-estate bubble, the Summerfield neighborhood continues to advance.

“Mike took the lead on creating a whole new way of doing business with the Southeast Plan,” Jones said. “We agreed to develop Summerfield to the way it would be coded in the future. It was built in a way we didn’t have to do it, but it set the stage for future development.”

When the recession drove many builders and developers out of business five years ago, Mahar Homes withstood the trial, primarily because of its retirement homes and office parks.

“In this valley, you don’t do just one thing,” Mahar said. “We had diversified into office buildings and retirement communities. When the recession hit and building slowed down, it was a blessing to have that diversification, and we were able to keep our core people working.”

Mahar started as part of a family construction effort, Pacific Trend, along with brothers Dan and Lou, in the 1970s and 1980s.

“They got started building a couple of houses on Spring Street,” Jones aid. “Then it developed to where Mike would secure the land, Dan and Lou would build the houses and Mike sold the houses.”

Soon the organization was building hundreds of apartment units along Progress Way. Jones got involved and eventually became a partner of Mahar Homes and its allied efforts.

“Rather than building subdivisions, we build neighborhoods,” Mahar said. “This is the community where I grew up and is my home. We try to improve upon it.”

“You have to have a bottom line or you can’t stay in business,” Mahar said. “But what you do is of equal importance. You’re going to leave a footprint, so you might as well make it a good one.”

Reach reporter Greg Stiles at 541-776-4463 or business@mailtribune.com. Follow him on Twitter @GregMTBusiness, and read his blog at www.mailtribune.com/Economic Edge.